Vesave te Versova: A Walk through the Koliwada

On a rainy Sunday morning late August, cultural enthusiasts from Mumbai came together for Vesave te Versova: A Walk through the Koliwada in Versova. Organized by Hallu Hallu in collaboration with Bombay 61 Studio and Ministry of Mumbai’s Magic as part of the Biodiversity by the Bay campaign in the Versova Koliwada. The walk  provided a showcase into the life and history of the kolis, the traditional fishing community of Mumbai, to an eclectic set of Mumbaikars (journalists, urban planners, artists, researchers and development professionals).

I was ecstatic to be part of a cultural expedition in my first week of moving to Mumbai. The obvious drive of my excitement was to unravel the hidden knowledge and history of the kolis. But what I had not anticipated was to understand their story through the architectural design of their habitats. The architect founders of Bombay 61, Ketaki and Jai Bhadgaonkar, took us through lanes and bylanes of traditional koli houses and deconstructed the cultural underpinnings of simple design elements of a koli house. The brick and mortar houses of the kolis spoke of a rich cultural history of the community.

Starting the walk with a visit to the iconic fish market during the morning hustle of business hours formed a perfect introduction to this community. Fishing is the traditional and seminal occupation of the koli community and defines a lot of how the community lives. Distinct gender roles characterize different tasks involved in running the fishing business, with men being responsible for the catch and women for the sales and overall management of the fishing enterprise. In a big courtyard setting, mausis lined up the market perimeter displaying the fresh catch of the day on big blocks of ice. An ancillary of the fishing business, ice production/sale is also a common source of livelihood for the kolis and it wasn’t surprising to find an ice factory next to the fish market.

Our next stop was the placemaking site in Bhandari Chawl. This site is centered around a community well, locally known as nagu vihir, frequented by local women who use this space as much as for completing their daily chores such as washing clothes as to socialize and catch up on their daily dose of the local news! A larger than life size wall art of a koli fisher woman decorates the exteriors of Bhandari Kaka’s house. Along with sharing his childhood memories associated with this well, bathing in the freshwater of the well with his friends and the annual ritual of cleaning the well around the festival of Holi, he highlighted how the community visitations of this public space is thriving since the placemaking work.

The showstoppers of the walk were the two placemaking sites in Bhandari Chawl and Mandvi Gully, conceptualised and executed as part of the campaign by Bombay61. (Placemaking means creating places and focuses on transforming public spaces to strengthen the connections between people and these places. Placemaking is a process centered on people and their needs, aspirations, desires, and visions, which relies strongly on community participation. (Source: ArchDaily)

Another archetypal marker of the community is the spirituality and faith that guides their way of living. The community well, for instance, is also a  community site of worship. Kolis attach a ‘deva’ (god) prefix to the local names of the fish. And the houses too, have a separate dedicated section devoted to worshiping the god. During the walk, we learnt and admired many other iconic features of a traditional koli house. A veranda, porch with a bench, and ample number of well-ventilated windows are a must-have for a koli house. In a busy urban koli village, these elements serve a dual purpose of facilitating interpersonal interactions within the neighbourhood and offering the much needed space to dry and store their daily catch. Fisherwomen styled pillars, illustrative designs of fish and other religious motifs find a natural expression in the ornamental design of their houses.

Our penultimate stop was a busy market place in Mandvi Gully, named after the fish drying yards called mandavas, and the site for second placemaking activity. While seeking inputs from the community during initial conceptualization of the design, common themes of the fishing as the source of their livelihood and the inaugural day of the fishing season emerged. This formed the inspiration behind the vibrant art work on a dilapidated and defunct public building with images of koli women carrying fish over their heads in woven baskets, rituals of Ganesh Chathurti and the renowned brass band called Gurudutta brass band marking the festive celebrations.

Over the period of time, the community has undergone multiple transitions. Depleting income from the fishing enterprise is coupled with declining interest of the younger generation to carry on the family enterprise. Our last stop at a former fish landing turned ship repairing yard quite aptly depicted this transitory phase of the Kolis.

We returned from the visit reflecting on these many realities facing this culturally rich community and its daily struggles to retain those cultural expressions in contemporary times. 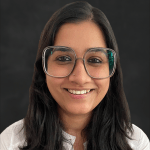 Senior Project Manager, Purpose
Harpreet manages the portfolio of climate campaigns as part of the Purpose Climate Lab. She strongly believes that collective action can help in reducing the structural inequalities governing our society.