Connected by Nature: An Indigenous Record of Biodiversity

The nineteenth century saw the emergence of the ‘Company School of Paintings’. The term refers to a body of artworks produced during the days of the Raj, capturing the ‘strange and exotic’ flora and fauna encountered by British officials in India.

Post-independence, the tasks and roles of documentarians moved on to scientists, biologists, zoologists and more. But just like how our lands and cultures have existed even before being “discovered” by Europeans (and subsequently by domain experts), knowledge about local flora and fauna has always existed among the people who encounter it most intimately. However, these are not voices that we hear often. That is until their ways of life are threatened and they speak up. At that point, they’re seen somewhat less sympathetically, as coming in the way of progress and not realising that future development requires a few sacrifices today. One of the best known movements that brought together communities to call for protection of their ecological heritage was the Chipko Andolan originating in the 1970’s Uttarakhand, and later inspiring many similar movements across the country.

Several natural and man-made tragedies in cities and elsewhere, especially over the last few years, have shown us the impact of ignoring local wisdom. The groundbreaking Biological Diversity Act (BDA), 2002, was an official recognition of the same.

What’s in an Act?

In popular culture and mainstream beliefs, there is a certain trope of ‘native wisdom’ associated with indigenous communities. This portrayal shows them as having a mystical understanding of nature. In reality, all they’ve done is be observant and deeply respectful of it. This has made them experts at recognising a variety of flora and fauna, their uses as well as their role in the larger ecosystem.

The Biological Diversity Act 2002, recognises this wealth of traditional practices, customs and knowledge. It is a validation, at the highest levels of the system, that the people who have lived sustainably and in harmony with nature for centuries, are best placed to guide us in preserving and conserving our biodiversity.

Towards this end, the Act calls for a three-tiered structure made up of a National Biodiversity Authority (NBA) followed by State Biodiversity Boards (SBBs) and finally, Biodiversity Management Committees (BMCs) for local bodies. The BMC’s primary responsibility is to chronicle local knowledge of a region’s biological diversity into the People’s Biodiversity Register (PBR).

Is documentation all there is to it?

It is easy to think of this exercise as a mere list of information collected from tribes. In reality, it is a comprehensive database that documents local usage of biodiversity, economic benefits derived from them, the changes that they’re undergoing and the forces causing them. Therefore, the Register holds powerful insights that can inform future strategies towards sustainable utilisation of bio-resources by the locals as well as the equitable distribution of any benefits arising out of the commercial utilisation of said resources and knowledge.

Ultimately, the PBR will help:

The journey so far

Up until 2016, progress was slow. Only 9,700 BMCs had been set up out of the 2,70,573 local bodies across the country. The National Green Tribunal (NGT) has had to intervene multiple times to extend deadlines and put pressure on local administrations to comply. Most cities in India are still picking momentum in this regard.

As of October 2020, about 1,90,950 PBRs have been completed or are in various stages of preparation. Municipal Corporation of Greater Mumbai (MCGM) set up a Biodiversity management committee composed of local corporators, experts and its department heads. It had its first meeting early 2021 after directions from Bombay High Court.

The creation of People’s Biodiversity Register (PBR) at a city level is yet to be started. Public consultations with civil society experts for the Mumbai Climate Action Plan last year have recommended creation of ward-level PBRs across the city’s 24 municipal wards. 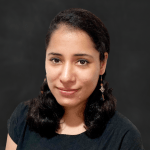 Campaign Manager, Purpose
Arpita is a Campaign Manager at Purpose. She believes in creating campaigns that act as catalysts to ignite the reaction where positive change turns into the natural way forward.