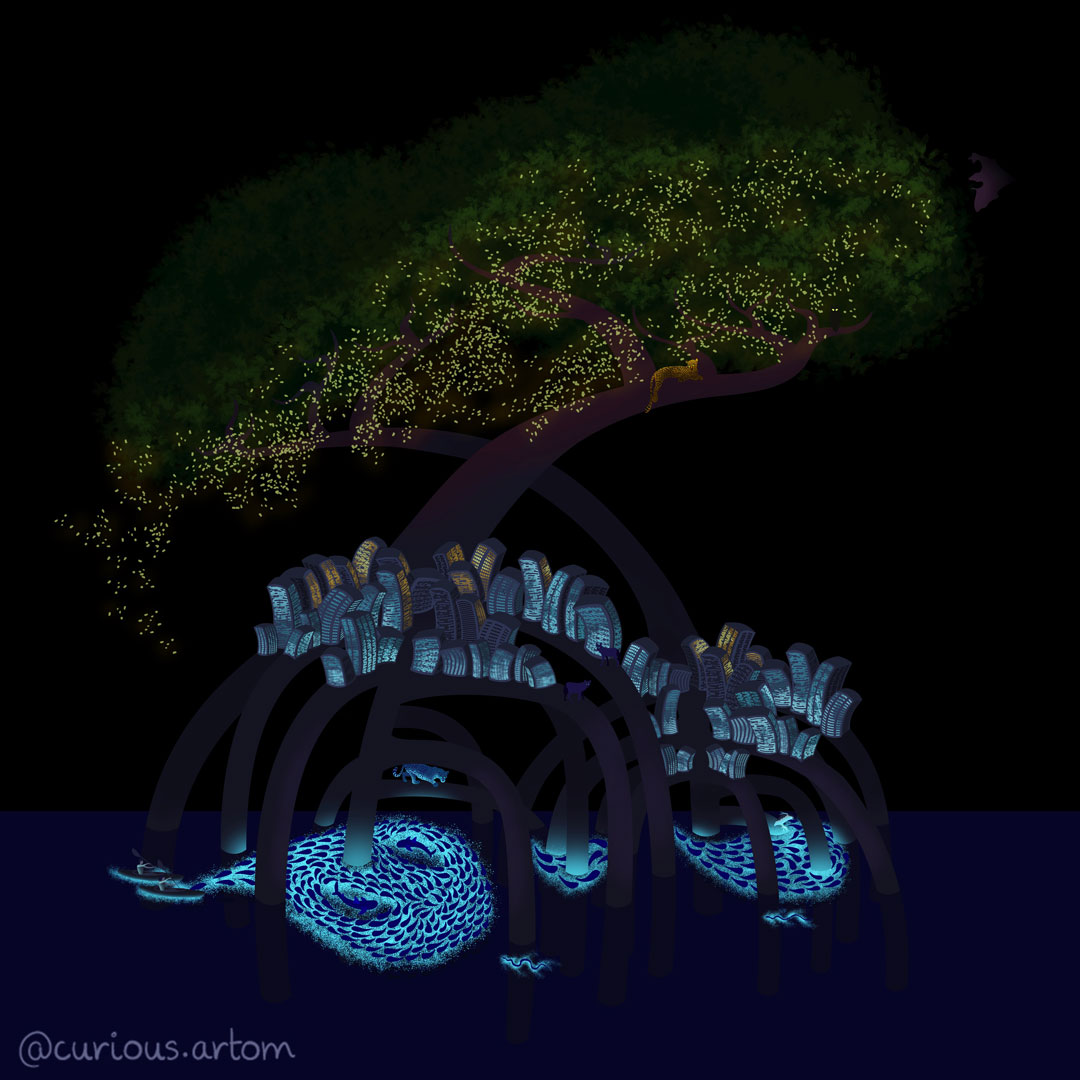 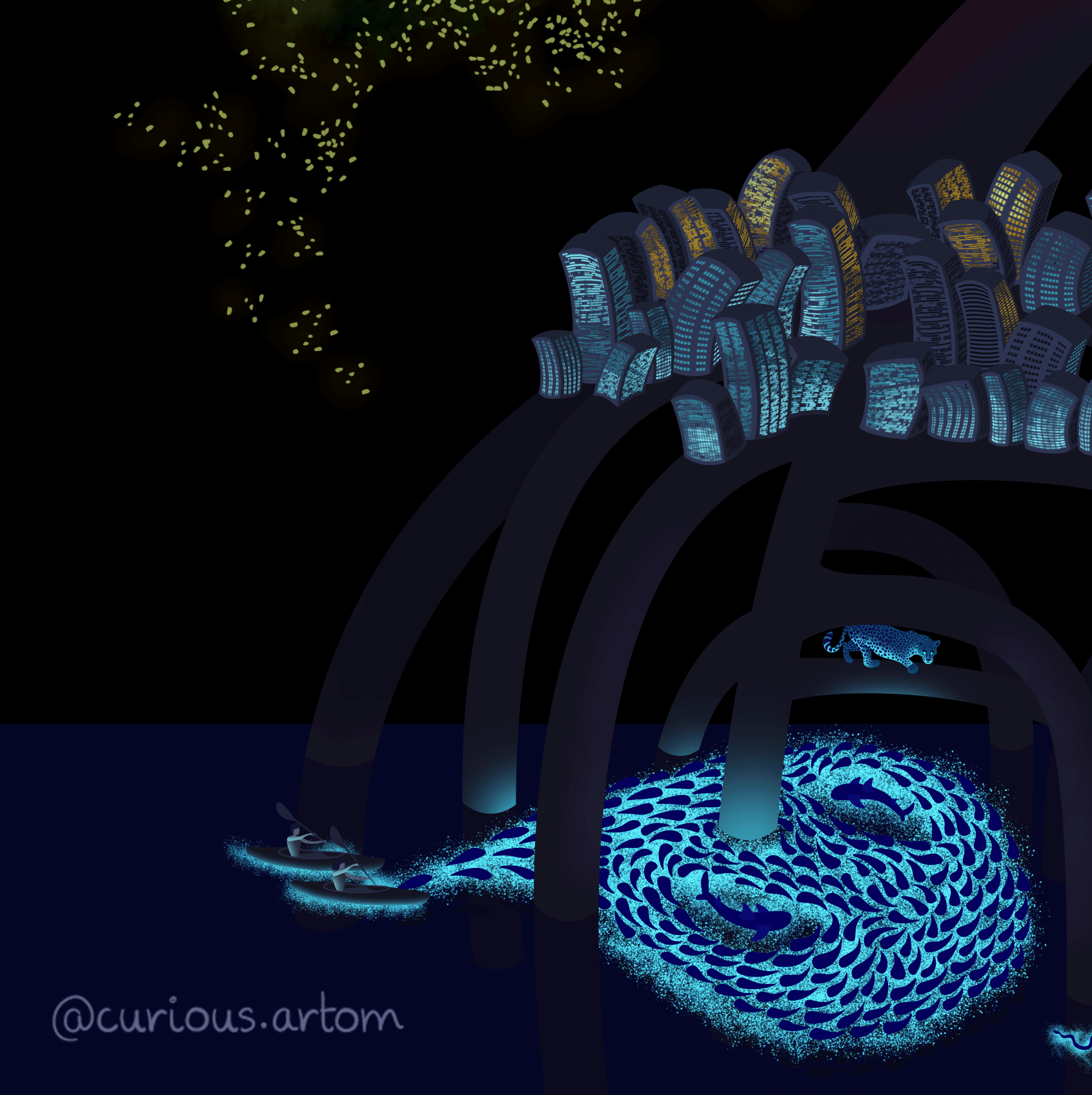 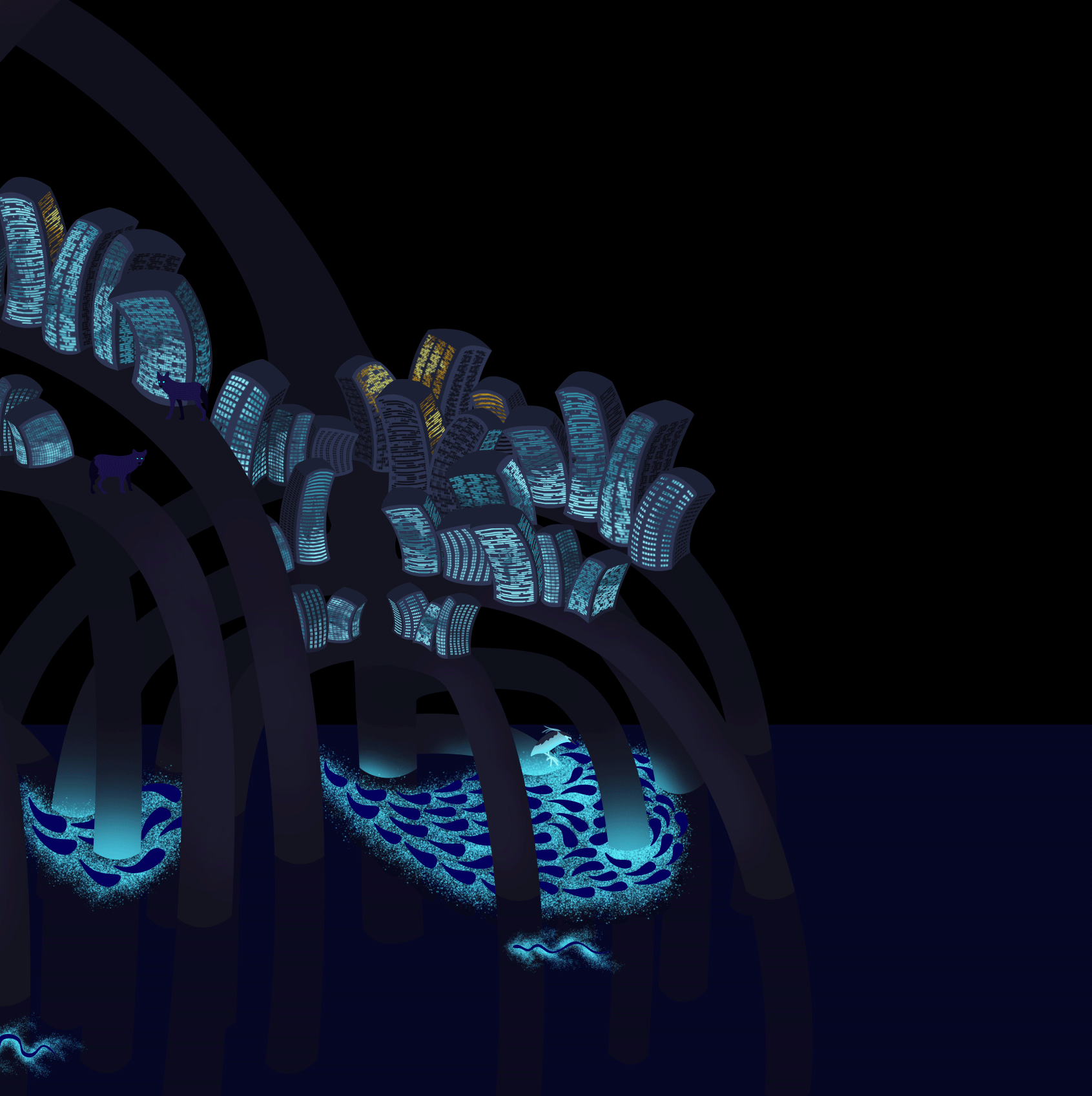 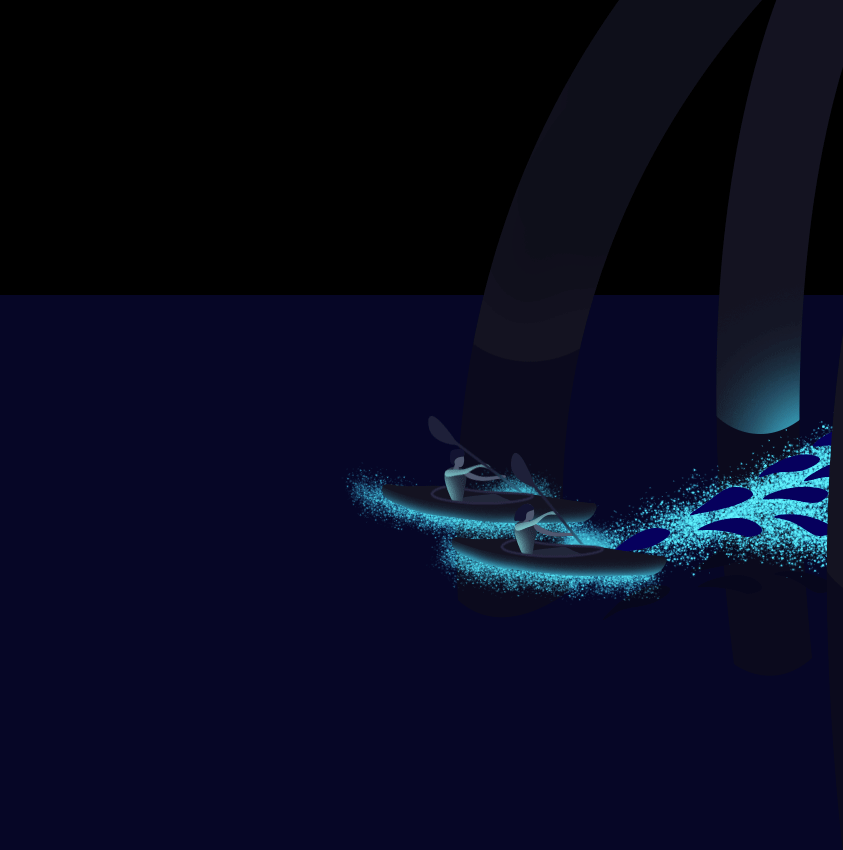 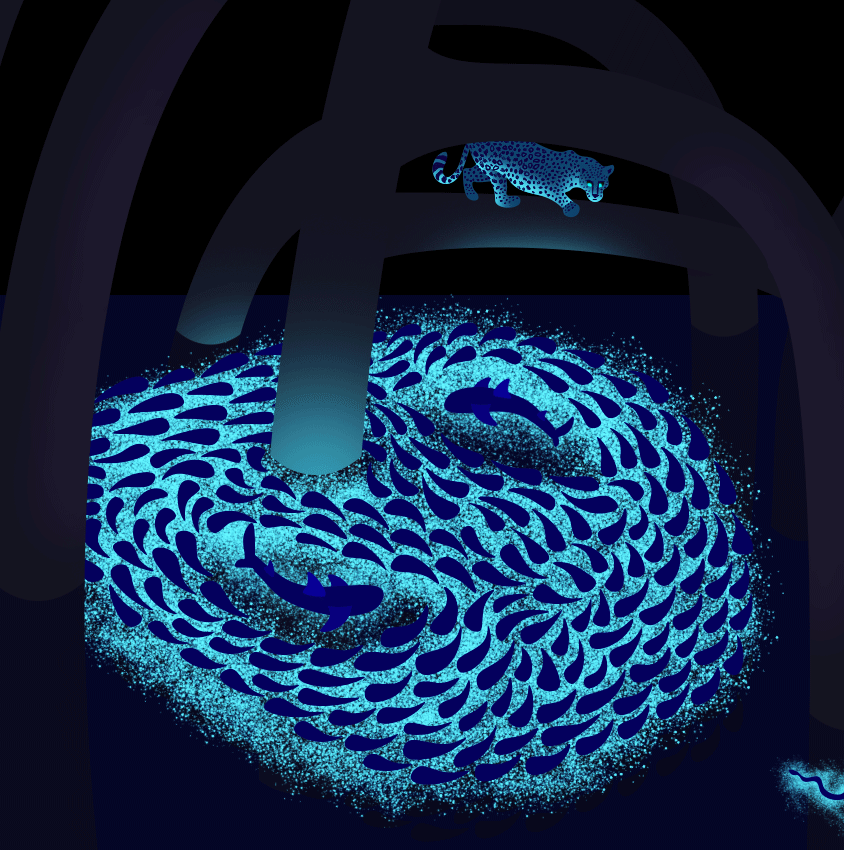 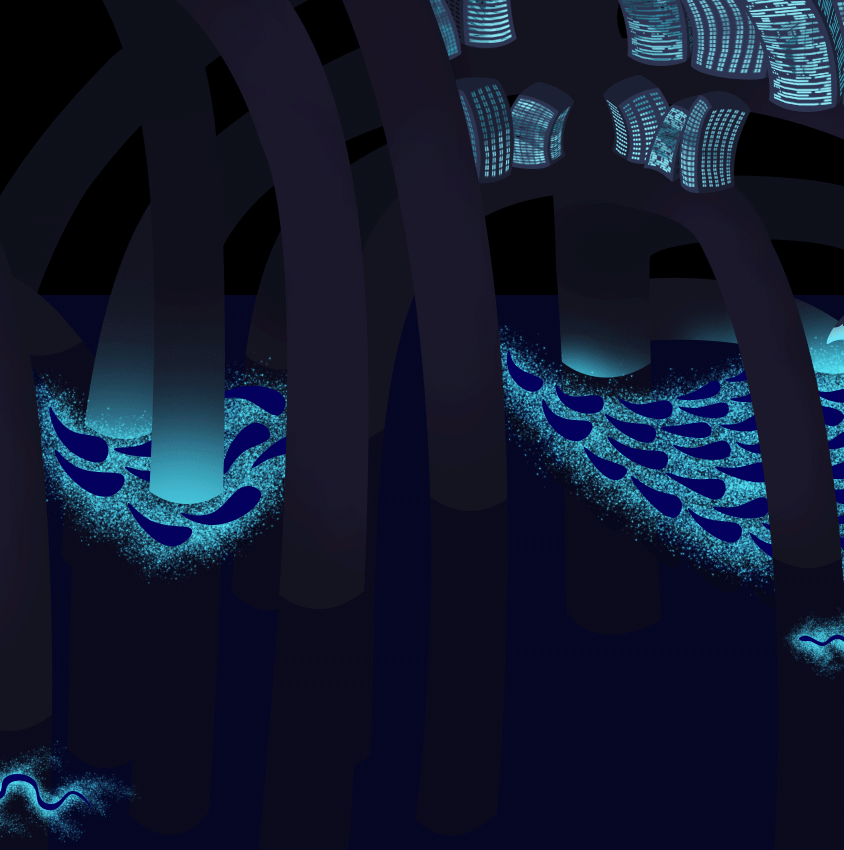 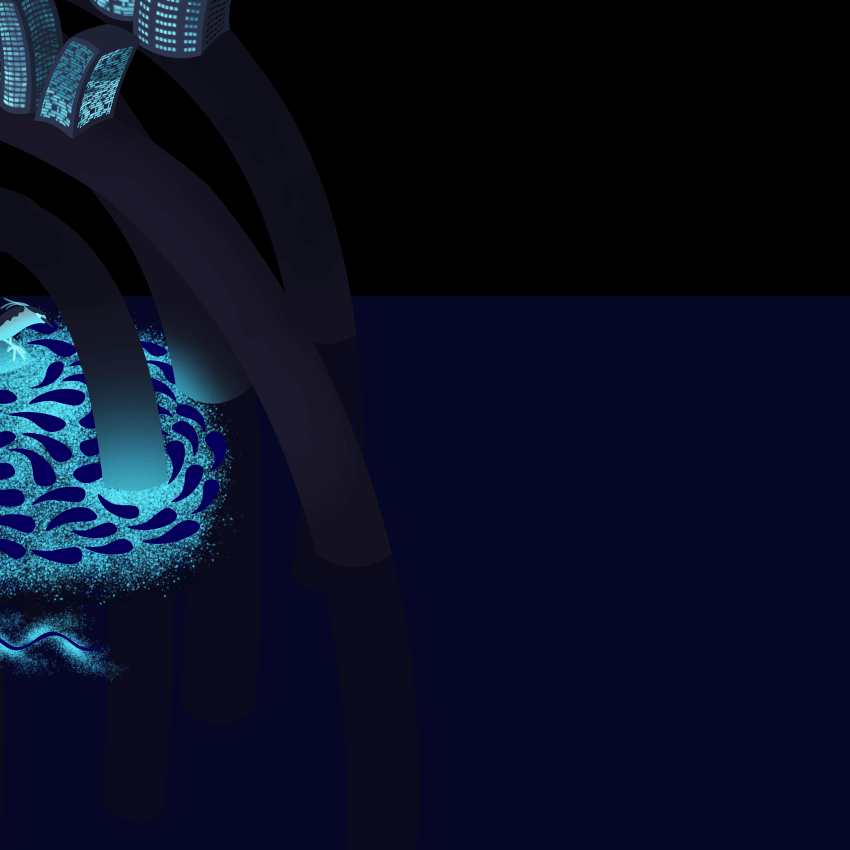 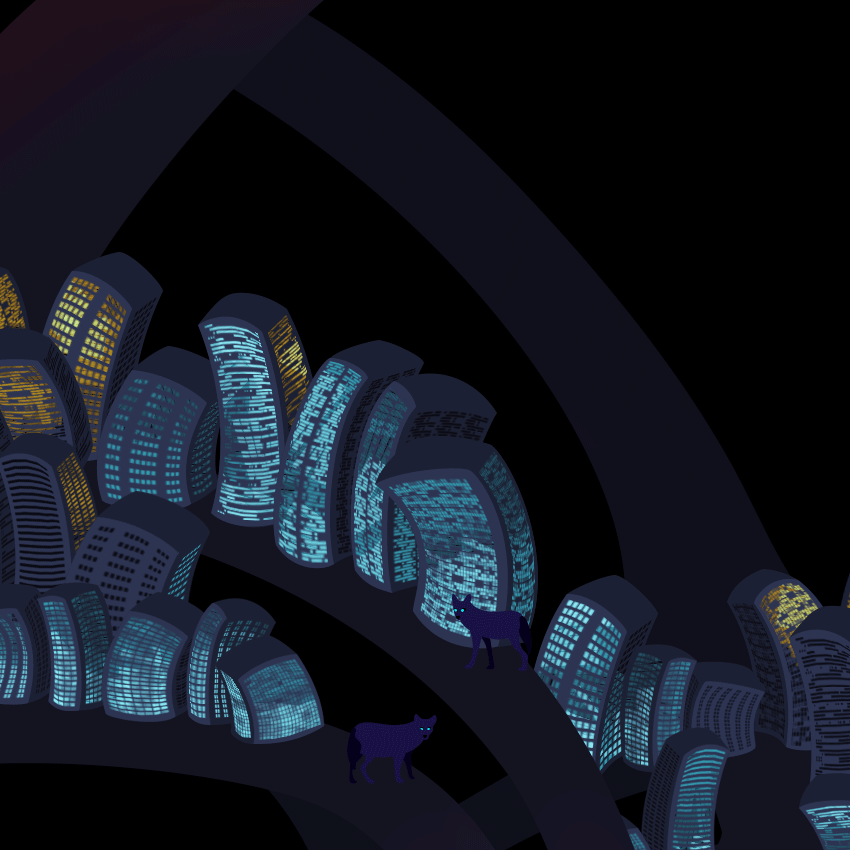 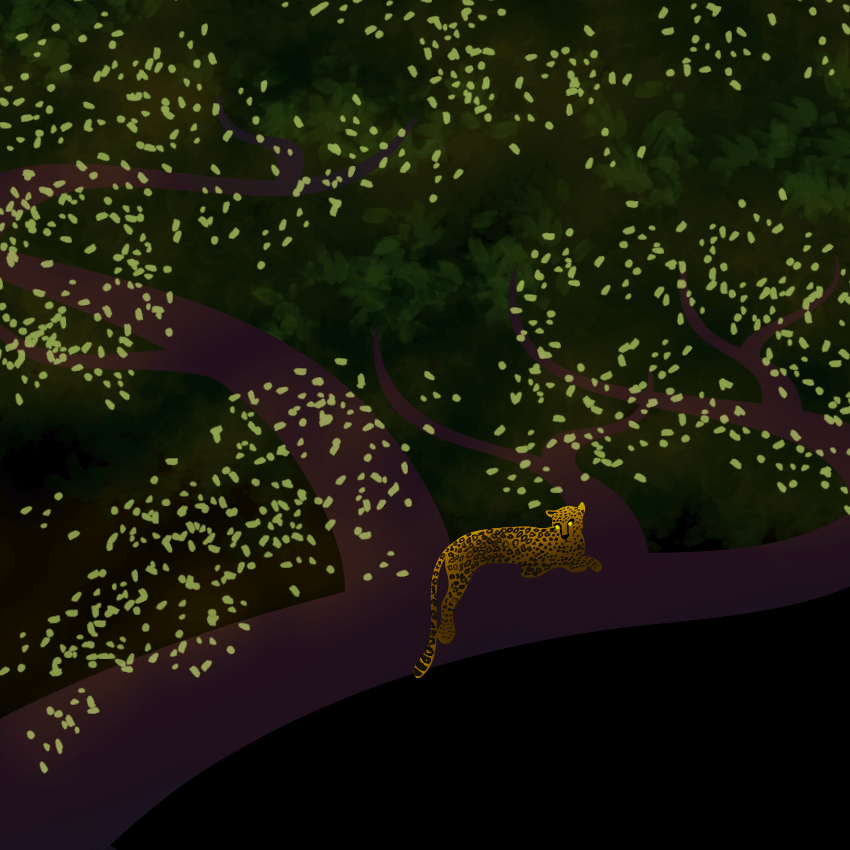 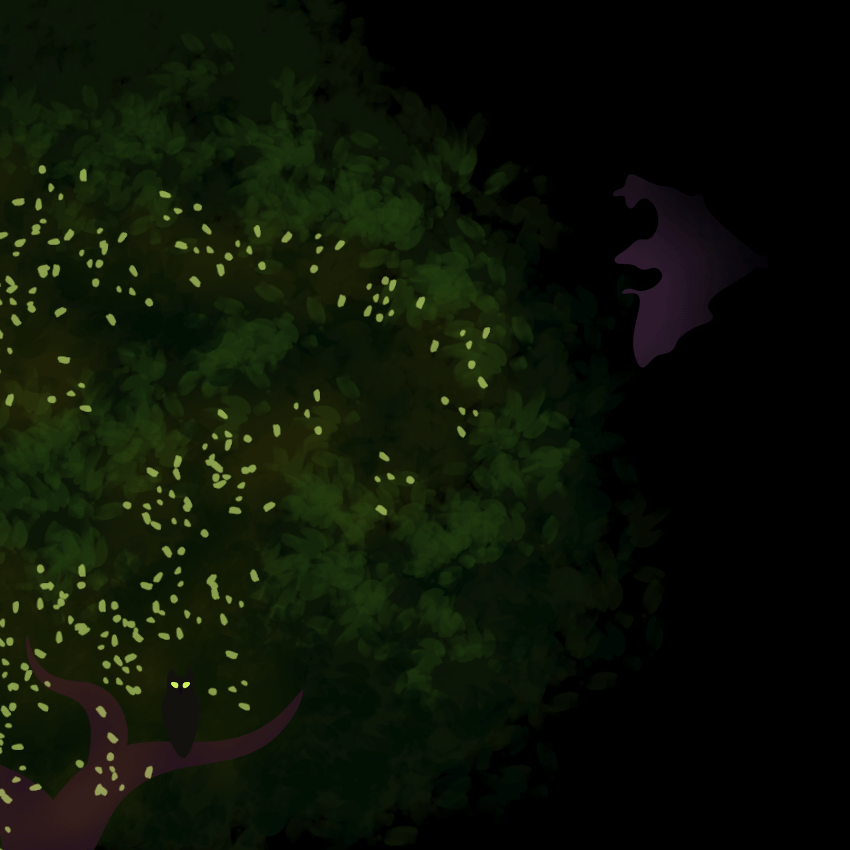 "Mangroves are amazing living organisms. Each species has its own way of filtering water and keeping out or throwing out the salt.

They also literally hold the land and sediments together, preventing it from getting washed away into the sea and are the ones who you should be thanking if you have been to a beach with crystal clear water. We couldn't be more stupid than to cut them just because we want space to build, they are our best defence against cyclones & storms.

Mangroves are also used as nurseries by a lot of marine animals, since bigger animals can't wriggle into the underwater maze of pillars made by mangrove roots. One of those baby animals that use the mangroves until they grow up, are sharks. How cool is that! A lot of our cities have mangroves and we do not realize the wealth of biodiversity they have.

Here I have tried to vaguely depict a few animals that are found in Mumbai in general and it's mangroves. Leopards, Golden jackals, Black crowned night heron, Glossy marsh snake, Dog faced snake, a Fruit bat." 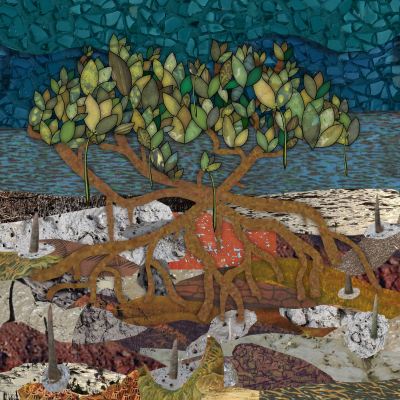 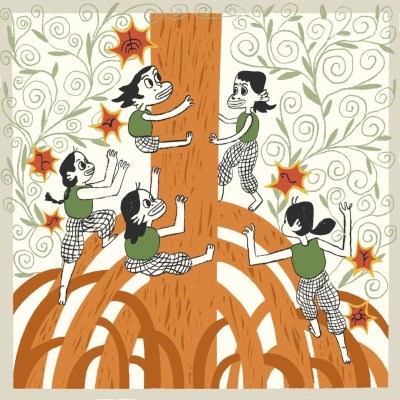 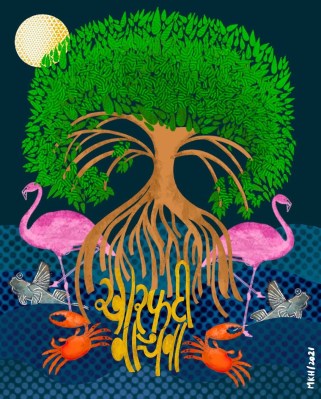