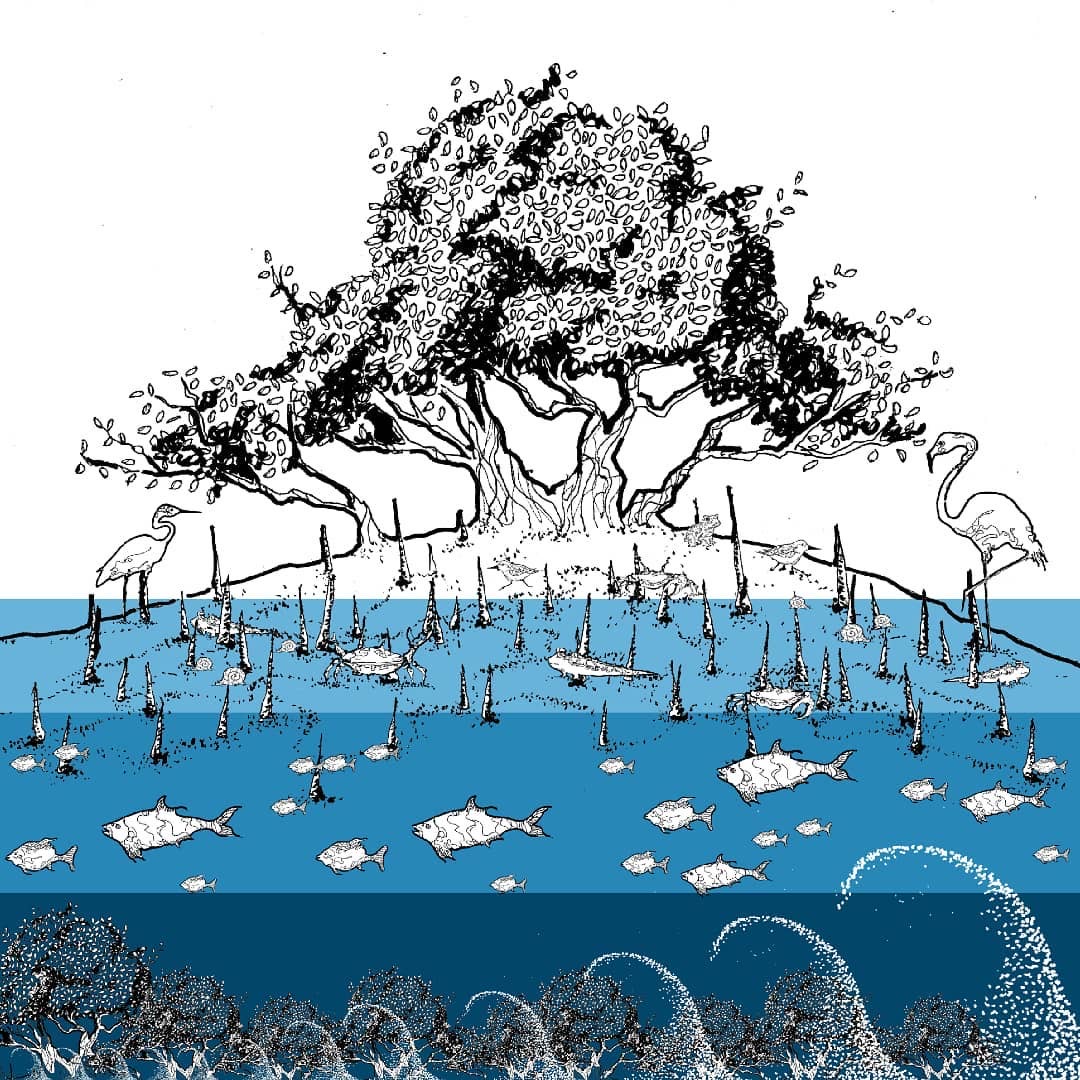 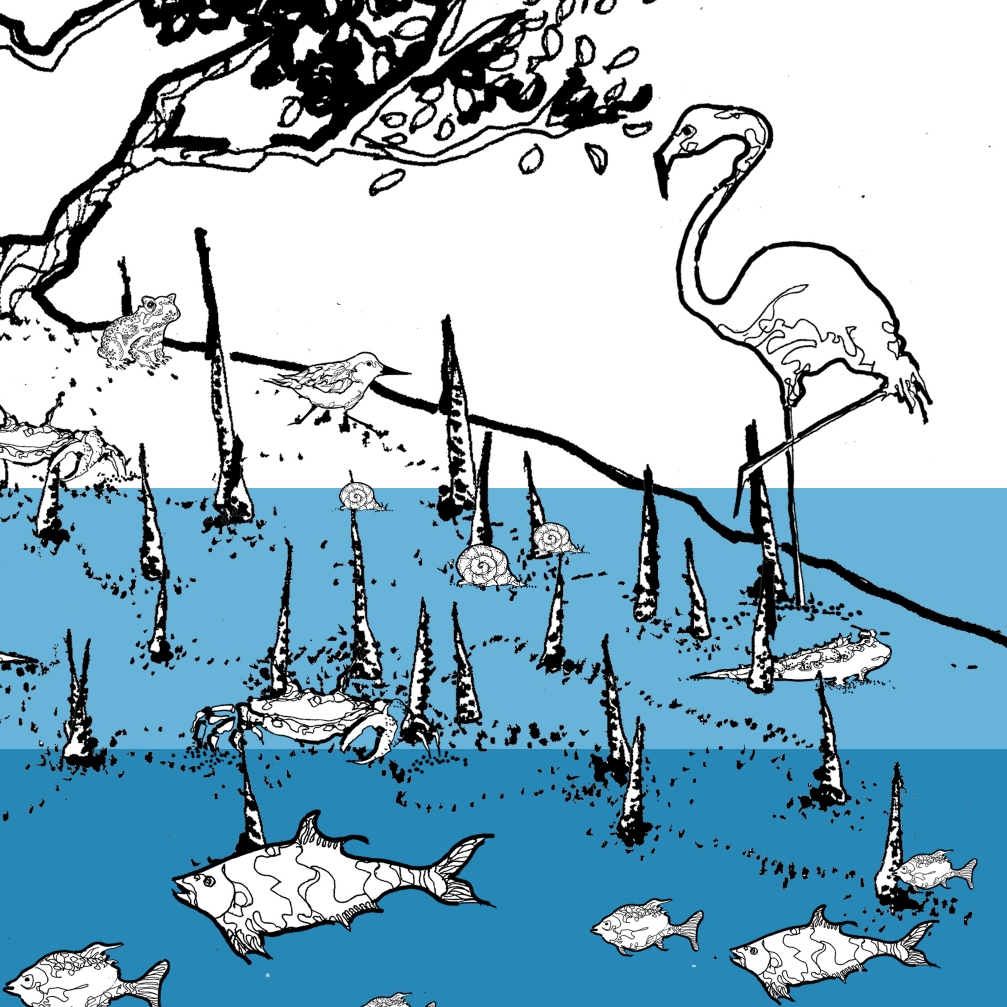 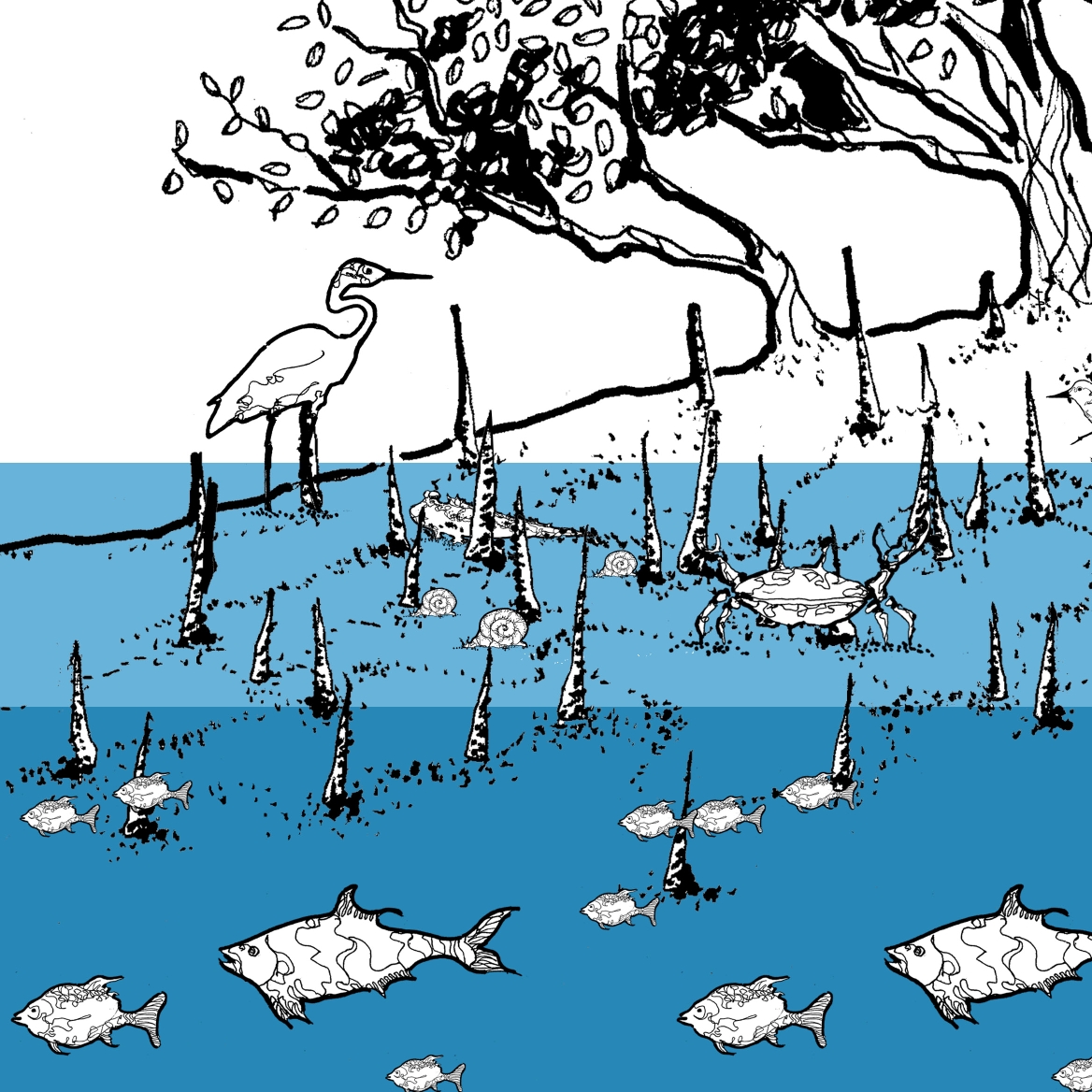 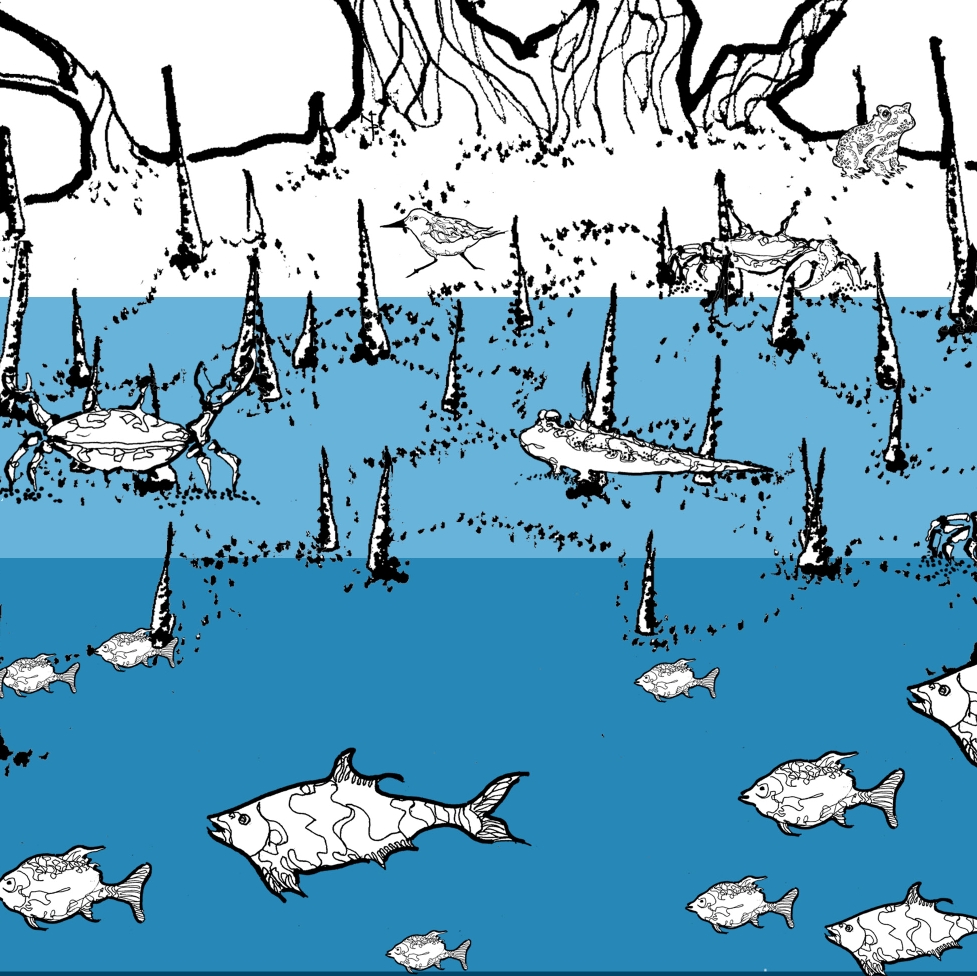 "Avicennia Marina, more commonly known as The Grey Mangrove is a pioneer species that is found in mangrove marshes, estuaries and along the coastline of Mumbai.

It breathes through pneumatophores which give it the ability to survive the extreme climatic conditions of the intertidal zone.

The complex arrangement formed by this root system supports a rich and diverse habitat of marine organisms, which also provide for a resting and nesting space for migratory birds.

The root system helps in the retention of sediments and protects the coastline for erosion. Being coastal warriors they absorb the initial impact of waves and break them down protecting the inland from flooding." 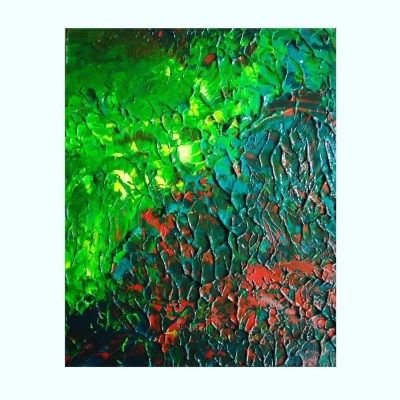 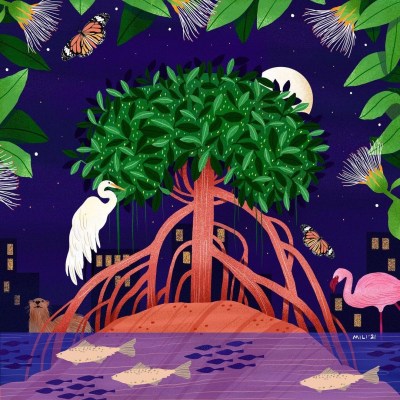 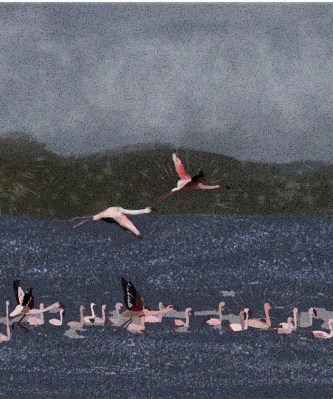 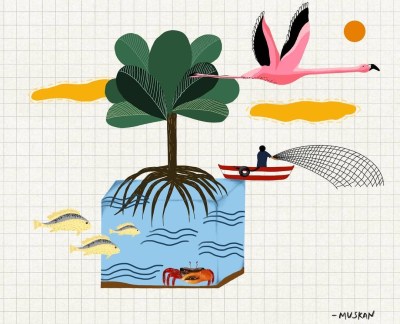 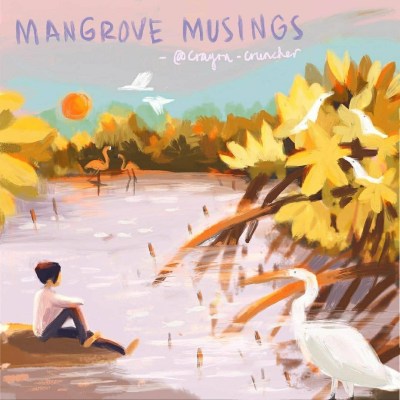