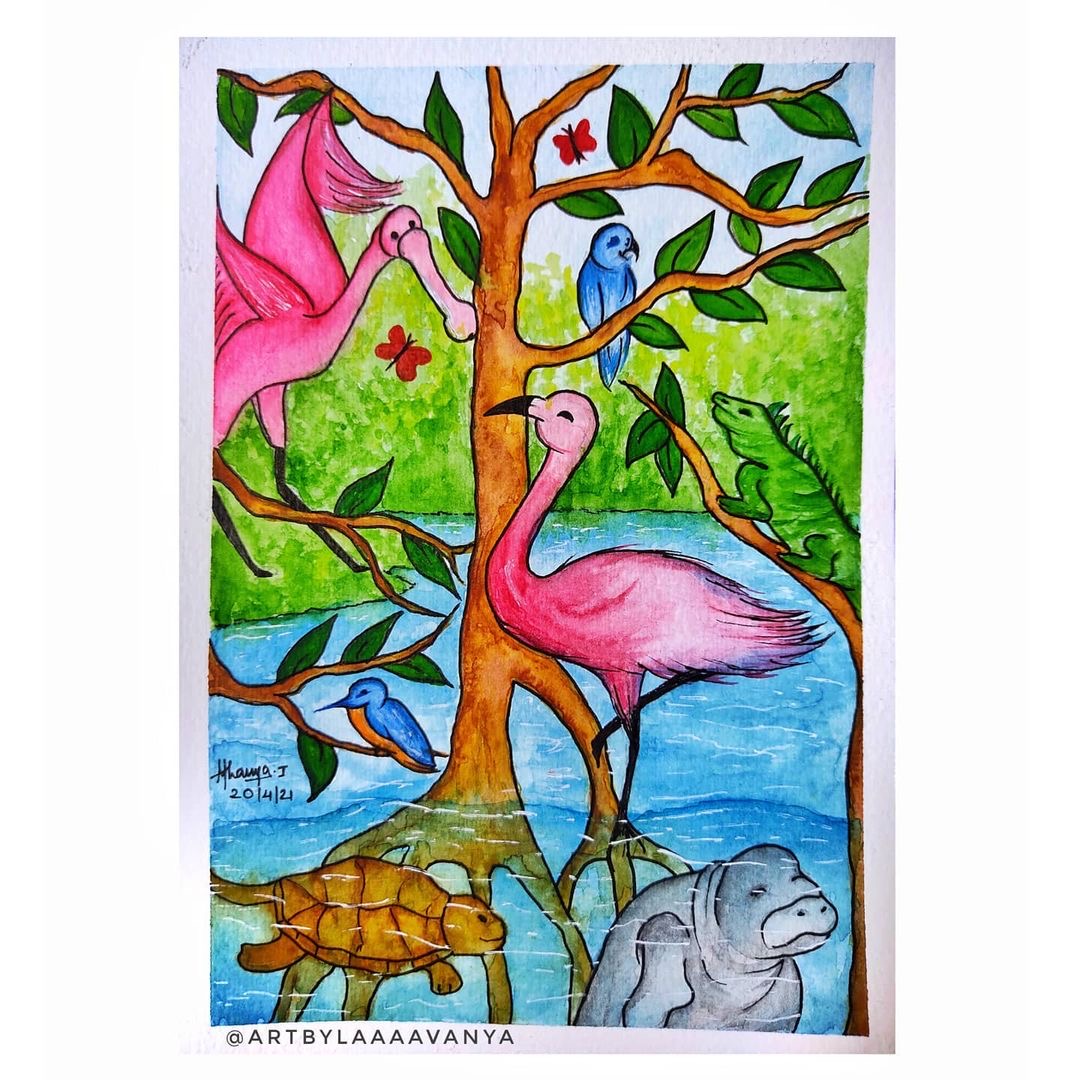 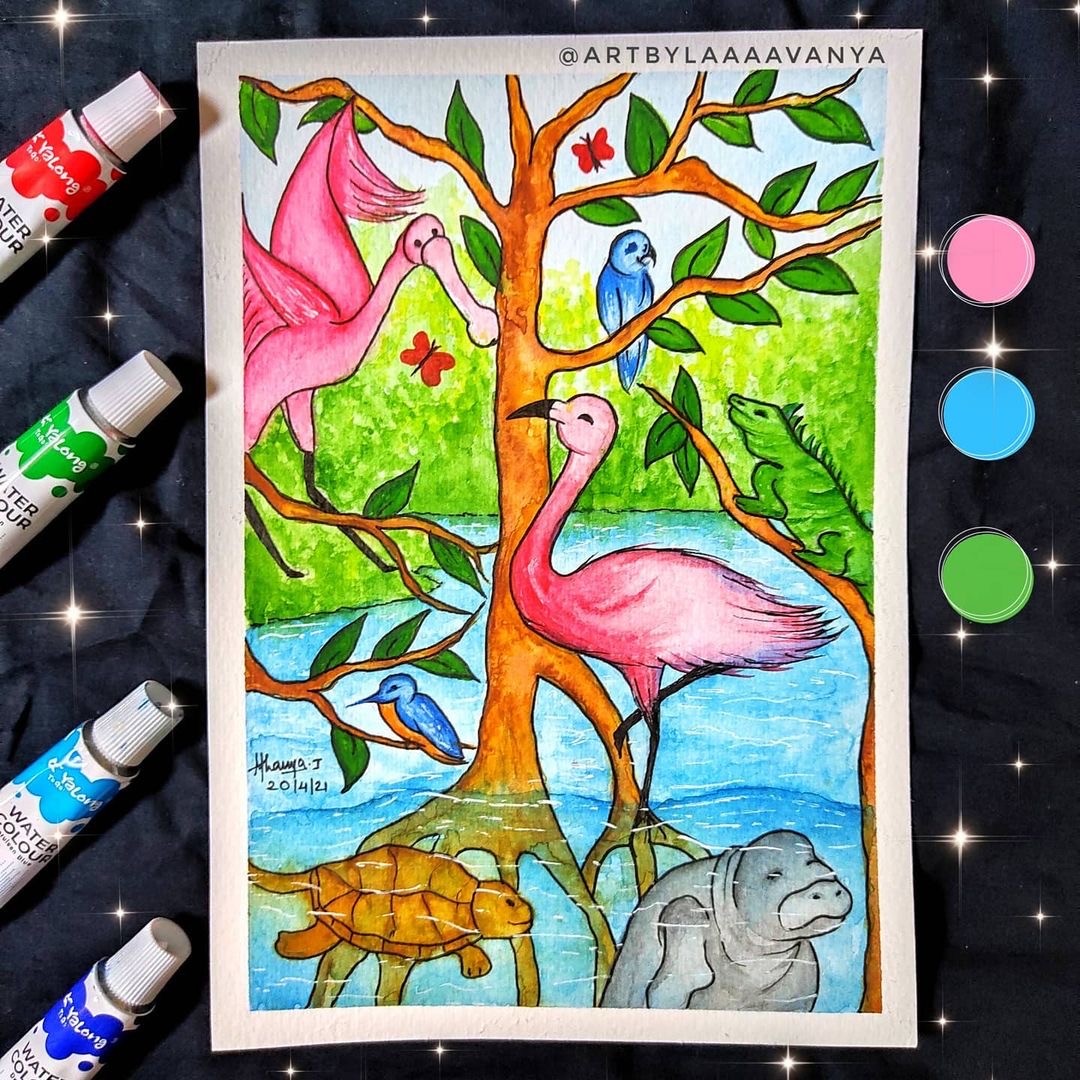 "Over the past decade or so, Mumbai has lost about 40% of its mangroves due to reclamation, encroachment, and garbage dumping, among other causes. But patches of this resilient plant species still exist, in the Thane and Vasai creeks, and in Mahim, Versova and Gorai. While many commuters are likely to see this unique form of plant life every day, few have a proper understanding of their ecological value to the city. “Back when Mumbai was seven islands, all of the islands were surrounded by mangroves.” We know, “The mangrove forests were home to some of the largest reptilians on earth like the saltwater crocodile.”

There are now only 11 true species of mangroves left in Mumbai.we are lucky that despite being in a sprawling, polluted city, these stretches of mangroves still give people an opportunity to experience wildlife.

Mangroves also help control pollution as they filter out a lot of toxins released into the water by factories; current reports, though, indicate that the toxic load now being released is six-and-a-half times more than they can absorb.

There are myriad reasons, such as the reclamation of land and cutting the mangrove trees for wood, that are slowly depleting mangrove forests in Mumbai. Let's urge the audience to work with each other and the government to address this gap and spread the message about the importance of mangroves and the range of wildlife that they support." 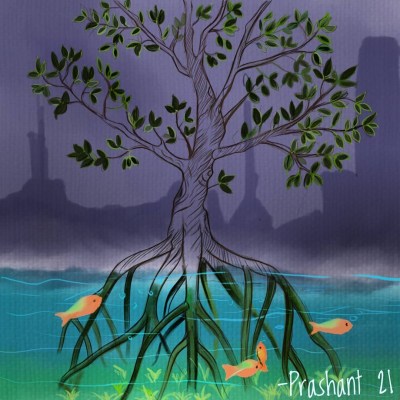 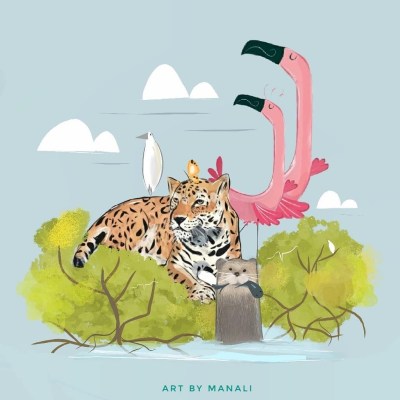 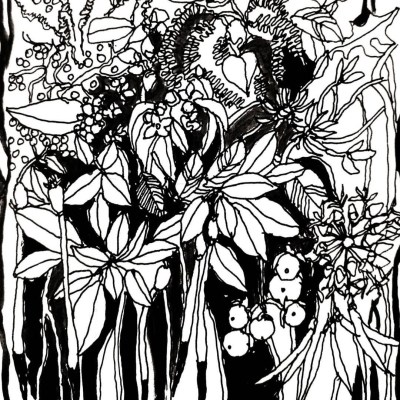 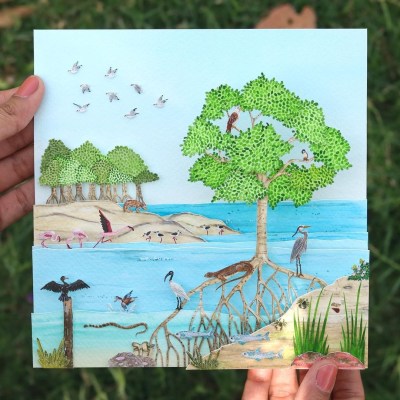 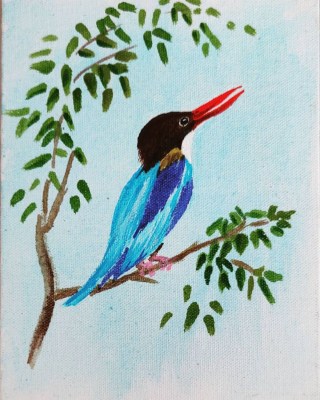